Pokémon GO has become a worldwide sensation. The augmented reality game combines the real world with the digital one, allowing players to catch Pokémon in their own backyard. In the world of Pokémon GO, there are a lot of tricks that can be used to maximize your gaming experience. One such trick is to have multiple accounts. If you're new to this game and do not know about it yet, then keep on reading! This blog post will provide you with everything about using Pokémon GO multiple accounts.

Part 1. Why Do Players Want Multiple Accounts on Pokémon GO?

Part 2. Can You Have Multiple Accounts on Pokémon GO?

Bonus. How to Play Pokémon GO Without Walking?

Part 1. Why Do Players Want Multiple Accounts on Pokémon GO?

Players want to have multiple accounts in Pokémon GO out of many considerations, and below are some of the most common reasons.

1. For Trading or Completing Raids

Completing raids is perhaps the most significant advantage of multiple accounts. You can conveniently avoid waiting or coordinating with others for raids. With multiple accounts, you can do solo 3-star raids, especially in far-off and rural areas, quite easily without having to find another real player in actuality.

2. For Playing the Game More Conveniently

Switching between accounts can also make it easier when traveling because players could pre-select which account they would like before leaving town. In this way, players can freely choose which account they want to play, to catch more Pokémon, and to level up. No more energy will be wasted on a mature account and no more time will be hard to kill with no game to play.

3. For Playing the Game Privately

Pokémon GO is a great way to spend time with friends and family. However, you might want to play it alone for some personal reasons. That's when you may use multiple accounts to play the game privately without being disturbed by anyone.

Part 2. Can You Have Multiple Accounts on Pokémon GO?

Well, according to Niantic's terms of service, having multiple accounts for the same person is not allowed.

"Niantic prohibits cheating, and we constantly take steps to improve our anti-cheat measures. Cheating includes any action that attempts to or actually alters or interferes with the normal behavior or rules of a service. Cheating includes, but is not limited to, any of the following behavior, on your own behalf or behalf of others:

But Pokémon GO has been dogged by cheaters and hiders alike. Niantic, however, has come out swinging to stop the game's rampant abuse of its rules - blocking those caught red-handed with multiple accounts. But their use is still widespread, and one can't help but notice that the company may not have any foolproof anti-cheat measures against the game violators

So in a word, having multiple accounts on Pokémon GO is not officially permitted. But there are still many players support this practice for own considerations. You can weigh pros and cons first before deciding what to do.

Bonus. How to Play Pokémon GO Without Walking?

For most of the  Pokémon enthusiasts, the most exciting part of the game is finding and collecting various Pokémon But as a location-based game, Pokémon GO requires players to walk around to catch Pokémon, to complete raids, and to complete various tasks to level up. However, it's not that convenient for every player to travel to different spots just for playing the game, and walking around itself can be exhausting.

If you don't want to go out in this special pandemic period, but still want to and explore and enjoy this addictive game, you can simply use GPS spoofing tool and mimic walking around without Pokémon GO actually knowing about it. Sounds exciting, right? And the best GPS spoofing app, TailorGo, is something that you should never miss.

Pokémon GO is one of the most popular AR games, and players have long been using multiple accounts to get ahead. If you're playing with multiple accounts, pay attention to the three-strike policy and keep your account safe.

If you want to experience more PokéStops and complete more raids, but meanwhile spare the trouble of moving around, your best bet is to use the best location changer TailorGo. With it, you can fake your location to catch more Pokémon and level up to become the best Pokémon trainer in your social circle. 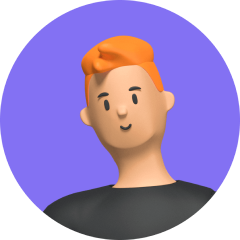