[NO.1 Guide] How to Jailbreak iOS Device on Windows?

Jailbreaking an iOS device, in general, carries some security risks, and Apple does not encourage it. However, there are situations when you may be ready to accept this risk, such as when you need to bypass the iCloud Activation Lock or when you want to install some non-Apple store third-party applications.

The jailbreak process for iOS is a little difficult. A Mac is preferable, but if you don't have one, a Windows computer/laptop can also be used to complete a flawless iOS jailbreak. We'll show you how to jailbreak iOS device on Windows computer in this article. This guide is compatible with iDevices running iOS 7 - iOS 14.

Part 1.Why You Would Need to Jailbreak iOS Devices?

Part 2.How to Jailbreak iOS Device on Windows?

The method of exploiting flaws in a locked-down electronic device to install software other than what the manufacturer has made accessible for that device is known as jailbreaking. Jailbreaking allows the owner of the device to have full access to the operating system's root and all of its functions. It is termed jailbreaking because it involves releasing users from the 'jail' of perceived limits.

Users frequently inquire whether jailbreaking an iOS device is legal. While jailbreaking your iPhone and other iOS devices is not illegal in the United States, Apple strongly advises against it, claiming that it can introduce security risks, disrupt ongoing services, and reduce battery life.

Jailbreaking iOS device voids the warranty, so you're on your own if something goes wrong. The fact that you can't upgrade your iOS device through standard ways once it's jailbroken is a major drawback to jailbreaking. Jailbroken devices don't get iOS updates, which means they don't get security updates, leaving your phone open to external risks.

Another factor to consider when jailbreaking an iOS device is the possibility of your phone being bricked. While it's unlikely, things can go wrong and you won't be able to reset or fix the settings, therefore turning your phone worthless. Even if your iOS device does not fully brick, it may become stuck or crash repeatedly, making it difficult or impossible to use.

Part 1. Why You Would Need to Jailbreak iOS Devices?

You can customize the behaviour of your iOS device by jailbreaking it, and you can even add some useful extra functions. You can also get around some of the limitations that come with your iOS device.

Although it is reasonably easy to accomplish and legal (in most countries), jailbreaking your iOS device is frowned upon by Apple and is likely to void your warranty. (You can avoid this by 'unjailbreaking' your iOS device before sending it to an Apple Store for servicing).

Part 2. How to Jailbreak iOS Device on Windows?

Different jailbreaking tools apply to different iOS versions. Check out which of the methods below is suitable for your iOS device and follow the step-by-steyp instructions to complete the jailbreaking process.

Up to A10 devices are supported by the checkra1n jailbreak. However, it only works with A11 devices and requires you to use checkra1n's jailbreak program to bypass the BPR verification on your iOS device.

The checkra1n jailbreak is based on the checkm8 bootrom exploit, which allows you to jailbreak your iOS device from iPhone 5s to iPhone X, as well as iOS 12 to iOS 14.8 and the most recent iOS software.

Preparations for jailbreaking iOS devices on Windows are as follows:

Follow these steps to jailbreak iOS device on Windows with checkra1n:

Use Phoenix to complete the semi-untethered jailbreak process for your iOS device running iOS 9.3.5-9.3.6.

In fact, why don't you just leave it to the experts, say, a professional software like UnicTool Upassit to help you unlock iCloud Activation if you forgot the Apple login credentials, or if you cannot remove the Activation Lock screen on a newly-bought second-hand iPhone/iPad/iPod touch.

Here's how UnicTool Upassit will help you bypass the iCloud Activation Lock in 3 steps:

Install and launch UnicTool Upassit on your Mac, select "Bypass iCloud Activation Lock Screen" mode and then click "Start". Connect your iOS device to your Mac with a USB cable.

UnicTool Upassit requires a jailbreak to bypass the iCloud Activation Lock on iOS devices. Follow the on-screen instructions and Upassit will complete the jailbreak quickly.

Examine your iPhone's details, including the model, iOS version, and IMEI. To proceed, select "Start Bypass." Your new Apple ID's phone, cellular, and iCloud services will be cancelled if you bypass the iCloud Activation Lock screen.

UnicTool Upassit will immediately begin bypassing Apple's Activation Lock on the iPhone screen. The previous owner's Apple ID-related Activation Lock screen has now been successfully bypassed. After that, you can make a new Apple ID and change your preferences.

Jailbreaking your iOS device gives you access to plenty of new features that you may use to improve the performance and efficiency of your iOS device. You may jailbreak your iOS device on your Windows computer/laptop by following the methods in this article. And if you're ever in need to bypass Activation Lock on your iDevices, don't hesitate to give UnicTool Upassit a go! 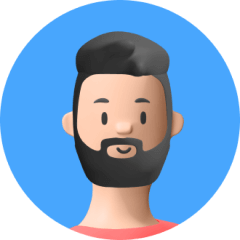 Adam is an avid Apple user and vintage iPhone collector. He's always keeping up with the latest news about iPhone, iPad, MacBook, Apple Watch... everything Apple.